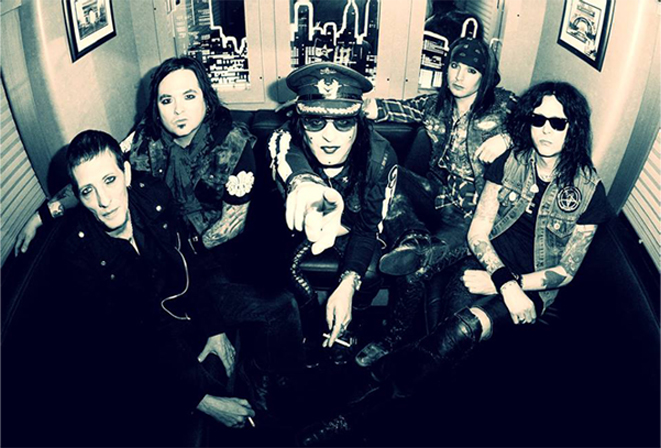 The band released their debut album, title Faster Pussycat in 1987. The band managed to build a cult following, releasing two promotional videos from the first album for the songs “Bathroom Wall” and “Don’t Change That Song”. In November 1987 the band appeared on the cover of Screamer Magazine’s debut issue. Says David Castagno, the magazine’s Publisher/Editor and now host of RadioScreamer, “Faster Pussycat will always hold a special place in my heart”. In the United States the band toured with Alice Cooper, David Lee Roth, and Motörhead in support of the debut album. They also headlined the “Itch You Can’t Scratch Tour”, with opening act Reiss & Hard Liquor, with famed front man singer Troy Reissmann.

Also in 1987, Faster Pussycat appeared in the Rockumentary film, The Decline of Western Civilization part 2 – The Metal Years. The band was interviewed at some length and performed live versions of “Cathouse” and “Bathroom Wall”.

Two years later, Faster Pussycat would record their most successful album “Wake Me When It’s Over”. The album received gold status; the sales being largely boosted by the hit single, “House of Pain”. Music videos were also produced for “House of Pain” and “Poison Ivy”.

In 1990, they recorded a cover of Carly Simon’s “You’re So Vain” for a compilation called ‘Rubáiyát: Elektra’s 40th Anniversary’. A video was also filmed for this track. The song was also later included on the 1992 Belted, Buckled And Booted EP, which served as the single for “Nonstop To Nowhere” and also included two unreleased tracks.

In 1993, Faster Pussycat broke up, and all members went their separate ways into various projects. Taime Downe was involved with industrial musical act “Pigface” before expanding on the darker themes started on Whipped!, by forming his own industrial rock act with Kyle Kyle of Bang Tango called “The Newlydeads”.

Greg Steele would leave the band halfway through the band’s 2001 headlining reunion tour. Tracii Guns filled in as guitarist for the rest of the tour, but once the remaining dates were completed, Faster Pussycat continued as a five piece. Eric Griffin from Murderdolls, Synical, and eventually Wednesday 13, filled in as the guitarist for their United States tour due to Brent Muscat’s scheduling conflicts. Brent Muscat would return briefly, until oral cancer sidelined him in late summer of 2005 and he was temporarily replaced by Michael Thomas. That became permanent when Muscat chose not to return to the lineup. In the late spring of 2010 Ace Von Johnson replaced Michael Thomas, who had decided to devote his full-time work to Adler’s Appetite.

Compilations
2001 Between the Valley of the Ultra Pussy
2003 Greatest Hits: Faster Pussycat